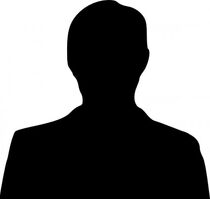 Daniel An was the former Emperor of the Fire Nation and is one of the few mortals able to reform themselves from their evil ways.

In January of 1912, he was born in a small village called con, in the Fire Nation. When he was three, his mother relocated him to the capital so that he could met his father, who was the Fire Nation Emperor. He grew up in a life of power and greed. He would often compete with others so that he can gain more power. He was well nourished even though he lacked discipline and cleansing skills.

"Citizens of the Fire Nation. I am your new emperor and I will not tolerate any rebellion, it is to go against your nation, which is treason. The penalty for treason will be death, I don't give second chances. Anyways the world cannot resist the heat of fire. We have almost won the war, we wiped out the Air nomads and all that's left are the Earth and Water tribes. We shall show no form of fear or mercy to them. We will kill all of them. The Fire Nation is so powerful and strong. After we kill all the water and Earth benders."

The speech also contains content of absolute power after getting into the penalty of treason and he states that he is going to double defense spending from where it was in the 1920's to protect the citizens which instead he used to get information from his citizens and to use as authoritarian police to prevent people from speaking out against him. At the beginning of his speech, he affirms to his citizens that he will create and industry of slavery to aid the Fire Nation's economy where the slave auctions can earn citizens more profits to put food on the table and to buy whatever else they desired. In reality, however, his citizens got only 10% of the earnings from slave auctions and the rest of the profits fell into the government's pockets which meant that citizens could only afford to put only 1/4 of the food on the table, less than Daniel's speech had intended to promise.

This speech is part propaganda so that the government can be greedy by getting the majority of their citizen's profits by advertising the slave industry and deceiving his citizens about their safety to make citizens more fearful for their safety and part truth when Daniel states that treason against the authoritarian state can result in execution.

In the summer of 1930, they were reports around the Fire Nation that Daniel's father was killed by Daniel himself to cover up that he actually retired his reign as emperor and would spend the rest of his life living in a secret underground bunker for the rest of his life until the late 1990's.

During his reign he also declared a start to slave auction and trade industry in the Fire Nation as he took upon Captain Hallcock's suggestion to fix the Fire Nation's broken down economy and signal a large significant boom to it, ending it's short economical recession started in the early 1920's. Daniel forced all ships on the Fire Nation's Capital Harbor to be used as slave ships ascending into the Sliver Tribes then kidnapping several tribes-people at a time and bring them for sale to the Fire Nation's Capital City. The slave industry helped the economy increase 300% from where it was in the 1920's. Later all that would change by a huge 300 mile flash flood and tsunami that erupted in the Fire Nation and killed around 1 million people including the 100,000 enslaved population. 3 million fires (Fire Nation Currency) all swept away into the vast ocean and Daniel retaliated by sending 90,000 to all parts to the sliver tribes and kidnapping all the tribes people into becoming enslaved persons for the Fire Nation. This helped the Fire Nations's GDP to increase from 40 Billion Fires in 1930 to 800 Billion Fires in 1948 from all the backbone, painful miserable work the slaves had to do to supply the Fire Nation People all kinds of daily necessities.

It is estimated that 900,000 during his reign got executed because of their actions against him, mainly for the reason of speaking out against him for being a cruel, evil and soulless person. At times his citizens would say that he shouldn't be emperor at all, being entitled to all the powers which was invested in him, making him more sadistic than any other emperor like him.

When it came to Darren Ramlogan in 1950, he was already a powerful immortal man who was in charge of an entire country with way more people than Daniel had to rule over. Darren had a larger military with larger quantities of resources and supplies with a larger defense budget than An. These figures tell that Daniel has no chance of withstanding Darren and his large, more technologically advanced military forces of the Carthirst Territory neither Daniel's army who only fought with fire powers and muskets. Daniel and his army were already weaker than Darren's during their first encounters. Not only that, Darren had spies and other agents of intelligence capable of sabotaging enemies within a heartbeat that Daniel didn't even have or obtain for the Fire Nation because of money issues always going towards his army and slaves instead of what he should have been focusing his money towards. Darren's first encounter with Daniel was in the winter of 1950, when Darren was with 2 Agents of the Carthirst Military Intelligence Agency and 300,000 Carthirst Troopers, in an important discussion with Earthbenders who had one of their cities destroyed by the Fire Nation that crippled the Earth Kingdom's economy and drew it into a large crisis that has last hit them in the Early 1700's.

Daniel was with 2,000 Fire Nation Troops and 200 other troops from the Sains Planet. Whilst having a conversation with Earthbenders, Darren turned his head around to see Daniel and his soldiers 200 yards from him standing there for no apparent reason. Darren tapped the 2 Agents shoulders and said to them to tell the soldiers to maneuver towards Daniel's troops and bring them into custody. The Earthbenders had said their farewells to Darren when they were leaving for their home town. Just after they left, Darren, his agents and troops moved along the hill for a good 5 minutes until they had pointed their advanced weapons at Daniel and his troops.

" Who are you and why, why do you have these weapons that my eyes have never seen before; Run! Run you weak cowards, Run! "

Realizing that Darren had more powerful personnel, he decided to run like a coward and return to the Fire Nation with his troops. They were chased for a good 30 minutes until Darren's troops arrested 1,010 Fire Nation Troops and 13 Sain Troops and have killed 230 Fire Nation Troops and 47 Sain Troops. The Carthrist Personnel and Darren had then returned to their safe house at the Earth Kingdom to return home with the prisoners, leaving Daniel and the rest of his troops behind to board themselves and their big, partially wrecked ship.

"Freeze, put your hands up where I can see them! This is the Carthirst Territory Military and Military Intelligence Agency you are all arrested for attempting to invade other nations. If you even think of drawing your firebending powers or other weapons towards me and my people, you'll be all dead in mere seconds!"

When Daniel got back to the capitol, he sat at his living quarters to have a spot of wild tea with sheep's saliva, frog puss, sugar, a tea bag with tarantula and snake organs with some wheat bread and spider butter all made and prepared for him by his slaves. Joseph Hair afterwards was ordered by Daneil to beat his slaves 50 times each with a rod, belt, cord, wired sizzling copper and a whip at total of 250 whippings per slave.

Daniel currently lives in Hawaiian Gardens, CA and goes to school at Artesia Highschool located in ABC Unified District. He is the Supreme Commander of the Allied Armed Forces Military and he is supervised by the Allied Congress and Allied President and Boss to make sure he does not make the path towards tyranny and abusement to the people below him. So far things in the Allied Armed Forces has been in stability as ever.

His period of reign is sometimes referred to as the Stalinist Era of the Fire Nation since it relates to Soviet Leader, Joseph Stalin's cruelty upon his citizens killing them if they spoke against him or did anything against his wishes. This also brings empirical evidence to suggest that Daniel An was acting more of a Communist Dictator than a normal Fire Nation Emperor like Giza Horror; but Daniel is more skilled than Giza in combat, Daniel could easily take Giza down in one strike, without the powers that Darren had granted him. Giza may be slightly better than Daniel at formulating battle strategies, but he can be taken out by a Fire nation soldiers, he is a weak coward compared to Daniel.

Retrieved from "https://carthirstterritory.fandom.com/wiki/Daniel_An?oldid=4425"
Community content is available under CC-BY-SA unless otherwise noted.